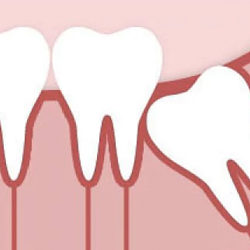 Dr. S. Chattha was born and raised in Toronto. He attended the University of Waterloo where he obtained his Honours BSc and then gained admission into University of Toronto’s Doctor of Dental Surgery program.

Upon graduating as dentist from UofT, he completed a 1 year hospital dental residency at Mount Sinai Hospital in Toronto where he focused his training on the medically compromised and the developmentally delayed patients. He then completed a 1 year oral and maxillofacial surgery fellowship at Montefiore Hospital in Bronx, NY where he gained valuable surgery skills. Following his training, he worked in Massachusetts at a public health clinic and clinically taught students at UMass. For the next few years, Dr. S. Chattha moved to the Canadian Arctic where he worked amongst the First Nations population in Yukon and Northwest Territories. Upon returning to Ontario, he accepted a position at Princess Margaret Hospital in Toronto where he worked in dental oncology for a few years. Dr. S. Chattha transitioned out of hospital dentistry and since 2011, he has now been working in private practice focusing on surgical extractions with the use of nitrous oxide sedation.

West Metro Dental was as pleasant an experience as a Dental visit can be. The office was clean and in a very accessible location. My one complaint is that I requested my x-rays be sent to an oral surgeon and they haven't responded to my request yet. Other than that the office has friendly professionals and is a good atmosphere!

Most amazing team! Very professional and helpful with anything to do with your teeth. I absolutely love and appreciate my Hygienist Kim! She's so sweet and always makes sure my teeth are clean and sparkling white! Best team of dental professionals in the GTA hands down!

Best dental office I've ever been to! The staff is very friendly and they genuinely care! They have all of the new technology and are very good at their jobs from wisdom teeth extraction to root canals to cleaning. I highly recommend them!

Been a patient for 5 years. Dr Walia and his staff are incredible. Everyone greets me by name. Never wait more than 20 minutes for an appointment. The true definition of superior customer service and this is from a guy who worked in the customer service industry for many years. I've moved 3 times since being a patient and continue to go to west metro despite there being dentists closer to where I live. I always feel welcome.